The phrase what a difference a week makes comes into mind; this week after the trials of last, we finally saw the fruits of our diligence and efforts. We now have two people who are working towards baptism. One is a young lady who the Elders used to teach but they felt that we can relate to her better. She is so sweet and a friend of a young woman who was recently baptised. The Young Women’s organisation (12-18) is really booming here! The second is a young  man who was taught some time ago. After reading Mosiah 18 he set his own baptismal date! A great week with lots of miracles which inspires our faith to move the work forward!! Although Soeur Holt sounded happy last week, it was hard not feel for the sister missionaries as things seemed to be conspiring against them. We guess that the lesson from this is to not allow ourselves to get down, for everything that could bring us low will pass. We’re so grateful for the attitude that the sisters have the example they are to us.

We are also thrilled that we started getting photos again this week! The reason we haven’t was because Soeur Holt was sending ‘Ten things I love about Abi’ videos for her sister’s 18th birthday. We can now say this publicly as Abi saw the video on Saturday at her birthday party- we hope she appreciates the sacrifice of her parents in going without pictures!

We’ll be adding some to his week’s instalment but also backtracking to add a couple to previous posts as they depict Soeur Hansen leaving Guyane and Soeur Atkins’ arrival.

Another very busy week for the sisters but one which ends with an overwhelming feeling of positivity. It began as always with p-day: We tried to go to a museum that ended up being closed so headed to a random fort instead and took some cool pictures. 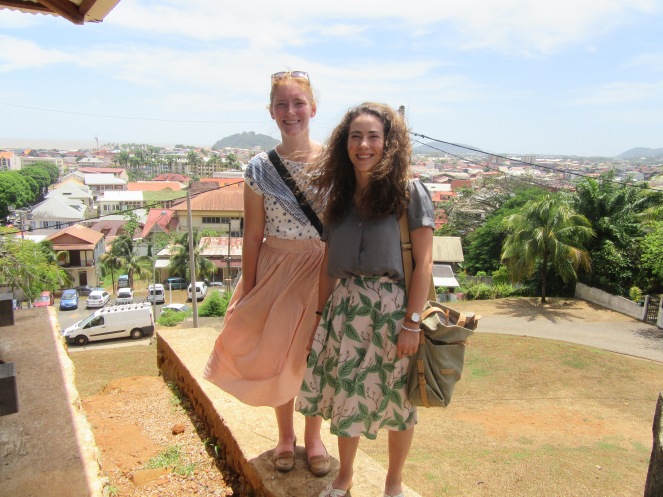 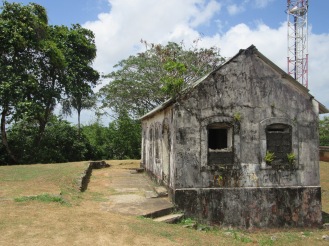 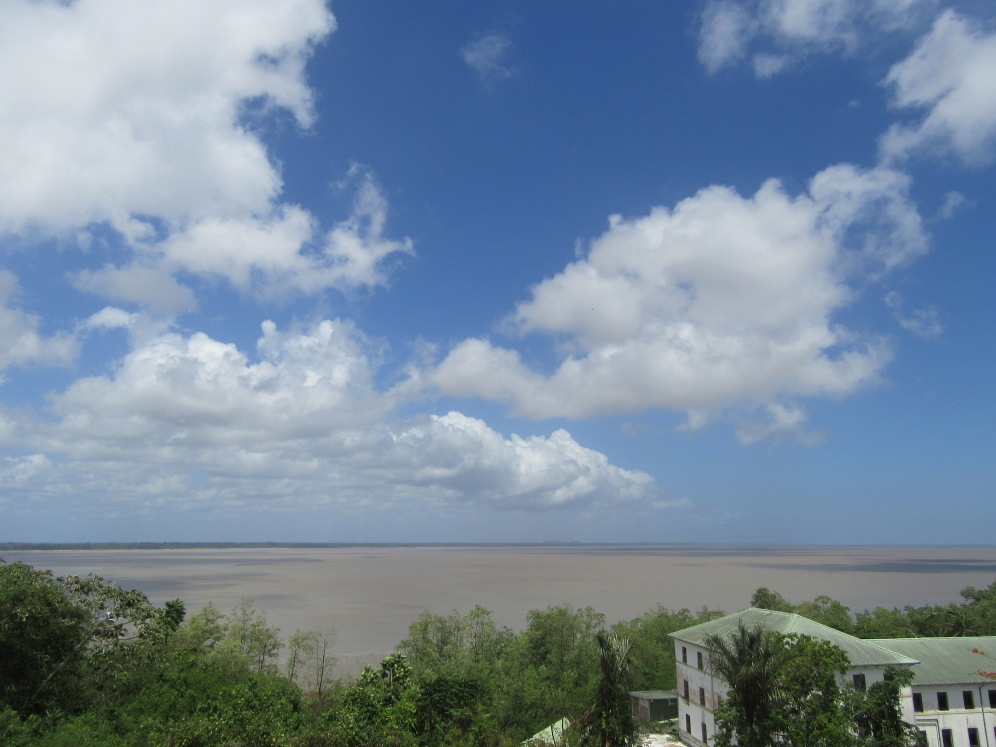 Soeur Atkins and I then decided to live the fancy life and go to the Palmistes which is the fanciest establishment in Guyane- a hotel with a restaurant as well. We got mocktails and ice-cream sundaes!!

Weekly shop then a visit to the Dodyshop where we tried on some traditional madras dresses and looked gorgeous doing it too!! 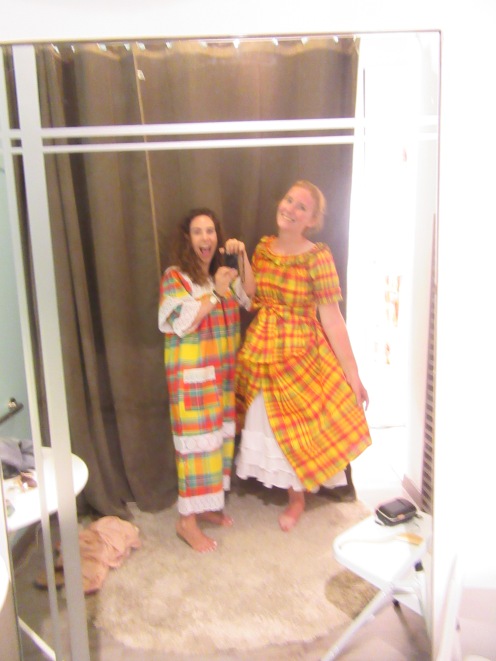 This week was one of contacting, teaching, service and study. After last week’s finding efforts sometimes not working the zone leader Elder Madsen told us that maybe we should try port a port (door to door)- so we did. Then I realised why we had stopped doing it- we went to a wealthy neighbourhood and spoke to mostly maids and children- we gave out lots of brochures and Books of Mormon but no one wanted us to teach them!! They tried a less affluent area later in the week with some more positive results: A lady called Renee let us in and we gave her a Book of Mormon after we had offered a prayer for her swollen feet; then we had a cool conversation with a Muslim man what actually said that he believes that Christ is the Son of God!! strange!! Then a grandma called Marie Magdalene; who took a Book of Mormon with a promise that we could ring her next weekend to see if she had read!

The sisters are happiest when they are teaching and spending time studying the Gospel of Jesus Christ with others. On Monday night we were invited to the Magny’s home where we had a fhe with them and Eliane who was baptised 3 weeks ago. It was really sweet- Soeur Magny shared the lesson based on a talk by Elder Holland called ‘The Gospel- the path of happiness’; I’m translating so it might not be exactly that; however we discussed that within this talk he talks about how the Gospel isn’t just the path that leads to happiness but also that we can find happiness along the way and that is so important to remember. Soeur Magny made us waffles for treats!!

On Wednesday we went to teach the young lady who the Elders had referred to us. We spoke about the Book of Mormon and did a role play so she introduced it to us, then we read 3 Nephi 30 together and she agreed to be baptised!! She loves church and comes every Sunday!! Later in the week we taught her the Restoration; she remembered the story of Joseph Smith from when the Elders taught it to her.

In one lesson they read 3 Nephi 9.14-20; we spoke about that Christ’s arms are outstretched towards us always!! We also decided that this past weekend we were all going to fast for the young lady we were teaching for her exams this coming week.

On Saturday evening we visited with Trinity and Charlanda only to find out that they had been to the Young Women’s activity that morning and absolutely loved it!! We called Sister Dabreu (the YW President) to thank her that night!!

The Sisters also had opportunity to serve others: Tuesday morning during studies we got a call from the Elders to go and transport a mattress for a member moving house; one perk in having Bruce is that we always get opportunities to serve people!!

Church was also great for the Sisters this week: Sunday we had four people we are teaching at church. The members are really helping us so much as they brought all of our friends!!

Spiritual insights this week; yesterday we had the opportunity to watch the women’s session of General conference and it was amazing!!

I think the first talk was my favourite; Sharon L. Eubank- integrity is more important than visibility. I think last week I had a moment where I felt just how very big the world is and how very small I am in comparison. This women’s session really counselled me concerning this worry of maybe just disappearing into the crowds of this big world. She went on to talk about ‘to be distinct is to be recognisably refined.’

Neill F. Marriott spoke to me as well: sometimes the sacrifice of our personal agendas is needed to make room for the celestial plans of God.

President Uchtdorf told a story about three sisters- sad mad and glad. I saw aspects of my personality in each. I loved his insight into rivalry and conflict; once you degrade people you start to justify hateful actions; Christ counsels us to love our enemies. It is our choices not our abilities that change lives lives and brings happiness.

Love you all  have a great week and a great birthday to Abi!!