First off the coming week’s big news is that my little brother is turning 16!! Happy happy birthday Gideon, I love you and hope that you have a great birthday and are thoroughly spoilt!! It’s always hard for Soeur Holt to be away for important family events, but we are so glad she is where she is and that she can celebrate with us from afar.

Over the last few weeks we have been touched by the concern shown by everybody with regard to the hurricanes that have been affecting the Caribbean. Although Soeur Holt has escaped being in their path as she has served in French Guiana, we know that in her mission area St Martin was hugely affected by Irma, and then Guadeloupe and other areas were hit by Maria. Missionaries from Puerto Rico and other places have been evacuated to different areas of the Barbados Bridgetown mission and are in the process of being reassigned. In the midst of all of this missionaries and members have been involved in the clean-up and humanitarian efforts. Soeurs Holt and Atkins flew back to Guadeloupe this week and were able to be of service. Thursday I worked with Soeur Moore- we worked at the food bank which is working to help people on Basse Terre who were affected by the Hurricane Maria. 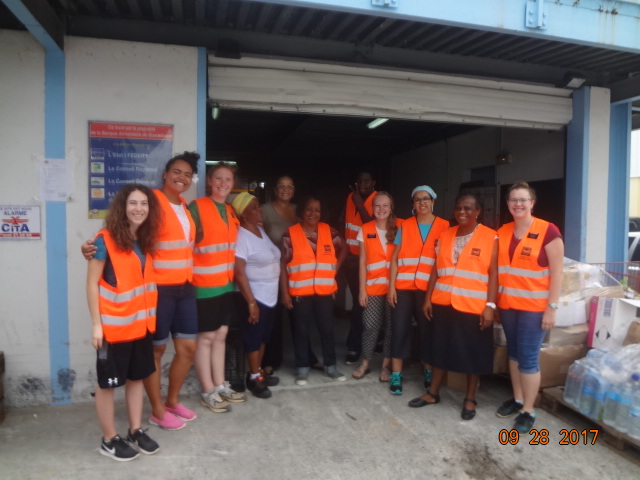 Other efforts from missionaries that we have seen on the mission Facebook page include:

“Water delivery to the Webster Orphanage in St. Martin” 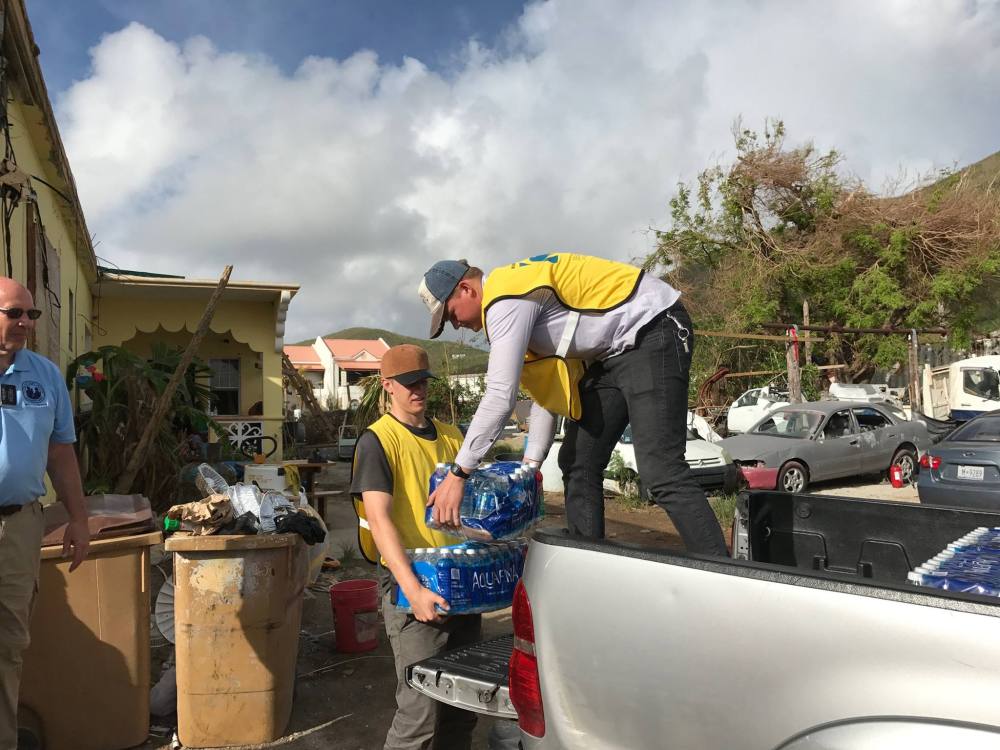 “In St. Lucia helped the labelling and loading of the hurricane Maria relief supplies, this time to Dominica. Prayers are needed to ask that this food and water be safely delivered to the members and others on the devastated island of Dominica. Dominica is in the Puerto Rico mission but all 150 missionaries have been evacuated from that mission so the task became ours.” 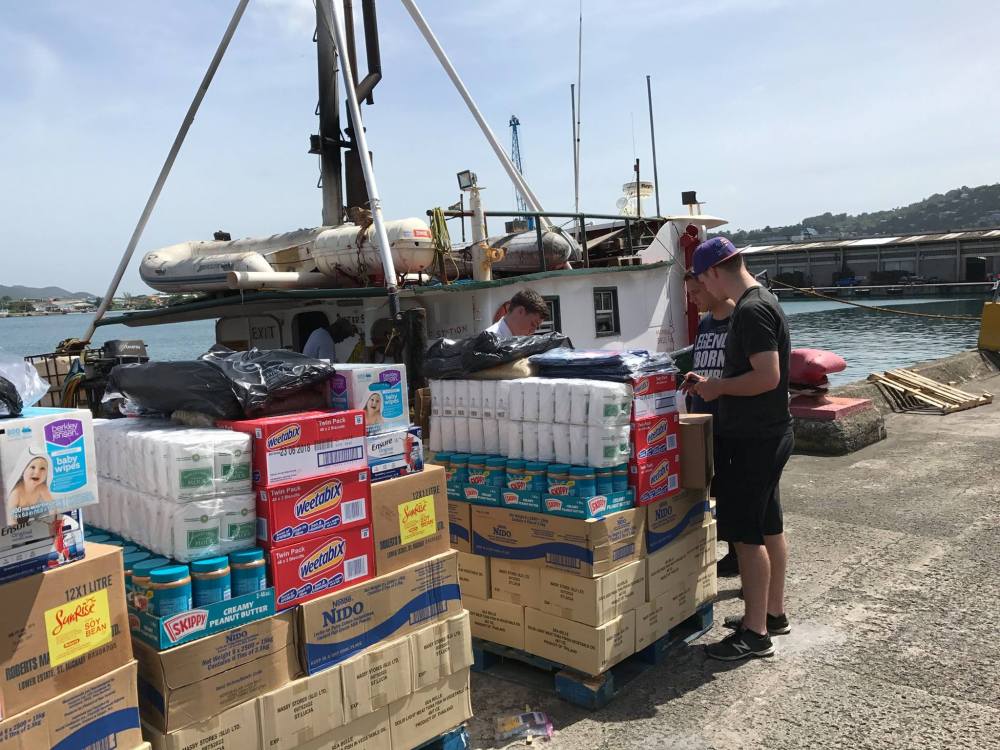 The exchanges trip to Guadeloupe enabled Soeur Holt to see some old friends and make some new ones. We grabbed a bokit a first for Soeur Atkins before heading home where Soeur Atkins and I did studies whilst the sisters went to branch council. For language study that night we told stories in French it was basically like a sleepover!! 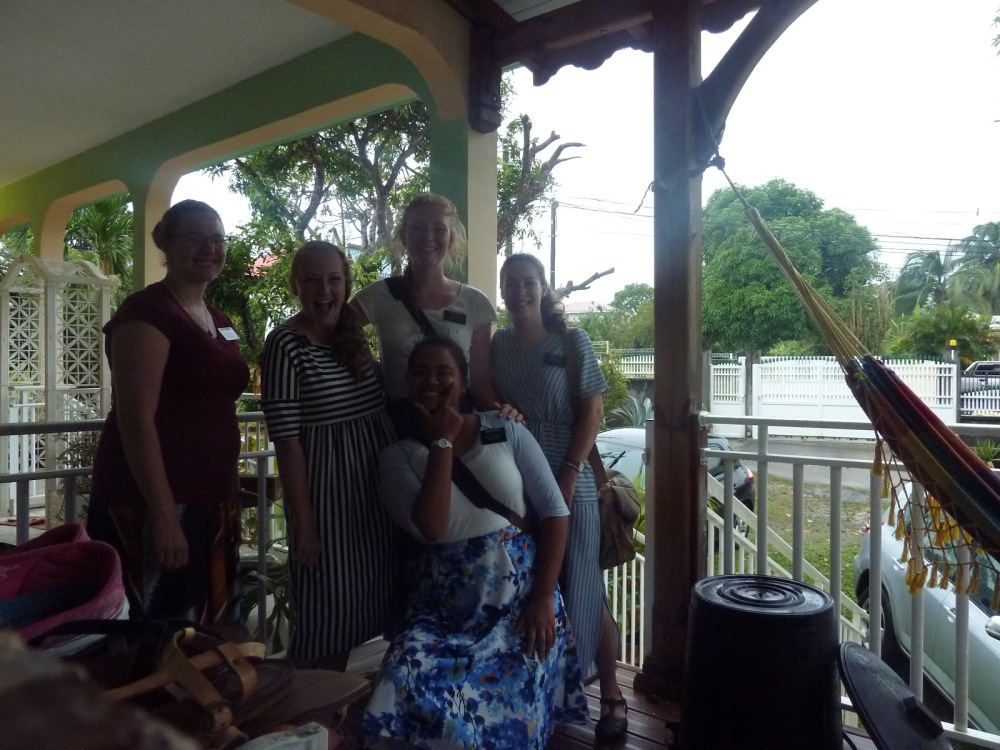 We carried on contacting all afternoon in the chucking down rain; I thought I was back in Manchester!! It just didn’t let up!! Then a lesson with a member who is really discouraged in her missionary efforts after working so hard for so many years and seemingly not seeing fruit; I shared my Hebrews 6.10 and Soeur Moore shared D&C 123.17- we need to work diligently and with a smile not only on our face but in our hearts and then we can stand still with the assurance that everything will work out!!

We went to pick up the other sisters and whilst waiting actually had some time to chat about everything; I realised that this is the first time since my first transfer that my exchange has been with an stl that hasn’t been my companion and so Soeur Moore and I seized the opportunity to get to know each other; I would really love to serve with her one day!

The next morning we had our exchange review and Soeur Moore gave me presents!! We spoke about tenacity- we laughed as I shared how that is basically the definition of northern grit!! Who knew my northerness could come in handy on my mission?!! 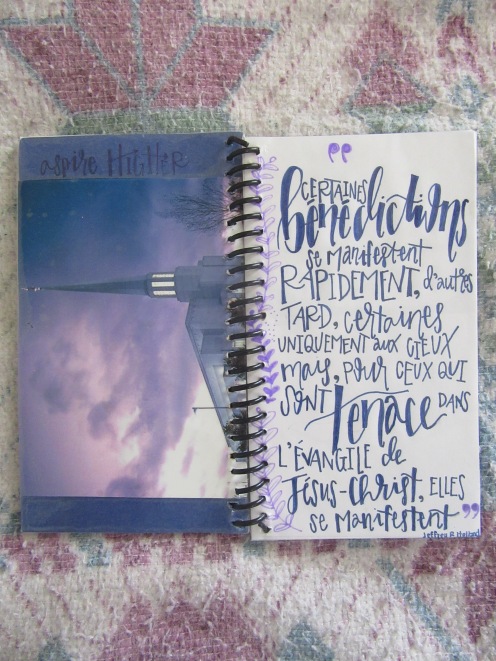 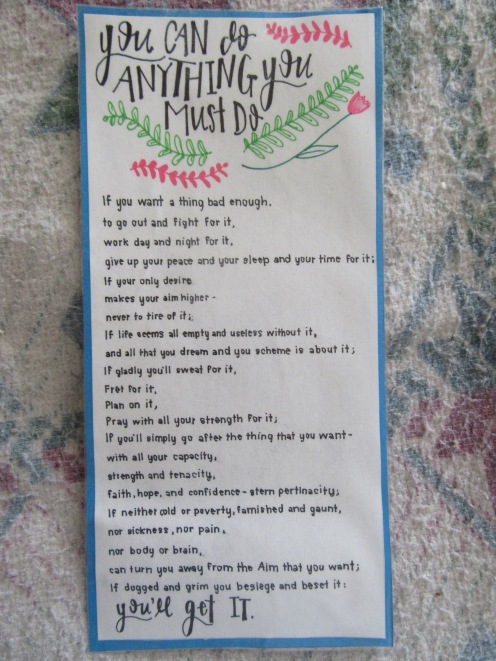 P-day sounded like a lot of fun: we went to the church where all the missionaries shared pizza and played the werewolf game. Such a good game- we are going have to buy it for the family. And as the werewolf I was the only one to win and end up killing everyone; not sure whether that it something to shout about as a representative of the Prince of Peace!! We think we need to hear more about this game!

We then had a lesson with the young man who is preparing for baptism- we had invited the Elders and Soeur and Frere Moreno. He received a blessing of strength and counsel so that he can quit smoking. The spirit was so strong.

We also saw the young lady who is preparing for baptism- she is doing really well- we covered the plan of salvation and presented her with a baptismal plan so that she can see the progress that she is making and the lessons that we need to teach.

Something that I laughed at was the Seventy, Elder de Paula Parella who talked about making a list about 10 names of prospective wives for after his mission…so in thinking in advance I would ask you my loving family to start to create that list for me for prospective candidates for my eternal companion!! hahaha!!!

President Uchtdorf spoke about our choices rather our ability defining our lives again. That we cannot just float, sometimes life demands of us to swim up stream.

Elder John C Pingree taught us that ordinary people can do extraordinary things. He reminded of mummy’s email last week when he said, we need to make use of adversity i.e. make lemonade out of life’s lemons.

Elder Jeffrey R Holland- I love the story of the minister who when critiqued by a member of his congregation he said, attack me but don’t attack the path that I am following back to God.

‘In that regard, Leo Tolstoy wrote once of a priest who was criticized by one of his congregants for not living as resolutely as he should, the critic concluding that the principles the erring preacher taught must therefore also be erroneous.

In response to that criticism, the priest says: “Look at my life now and compare it to my former life. You will see that I am trying to live out the truth I proclaim.” Unable to live up to the high ideals he taught, the priest admits he has failed. But he cries:

“Attack me, [if you wish,] I do this myself, but [don’t] attack … the path I follow. … If I know the way home [but] am walking along it drunkenly, is it any less the right way simply because I am staggering from side to side?