This past week was one of goodbyes (and a very important hello)! The week started off simply enough with a trip to the airport in order to say goodbye to Elders Manasonga and Ballard who were finishing their two years. I don’t think I will ever get used to saying goodbye as a missionary- it just never feels real, like I will arrive at church and they will be there again!! 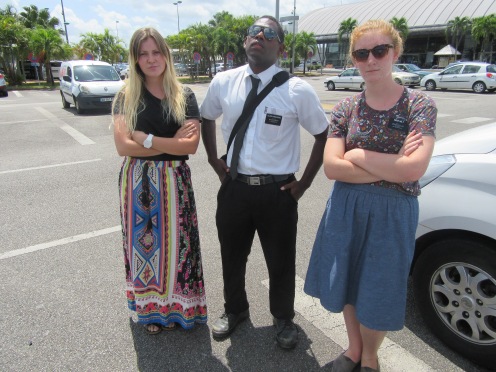 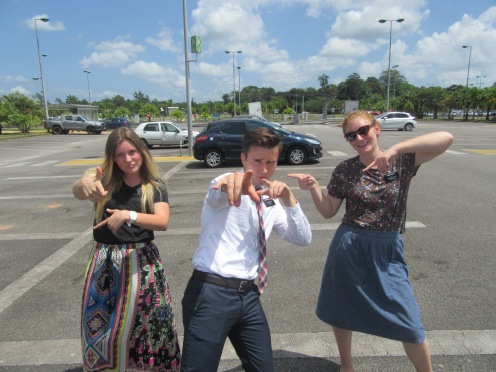 That evening we went for a family home evening to a family in Tremp Piece which is an area the French government is planning on demolishing next year. The family had made us lasagne- my first I think since I left England and Sister Souverain shared the lesson from Psalm 127. She is such an inspiration.

We had district meeting on Tuesday which was a quiet one with only 4 people; we grabbed madras burgers as one of Soeur Hansen’s last meals- basically a burger with an egg on top but it’s a big thing here!! We then visited a couple who had just lost a baby;- she didn’t know that she had been expecting but she was very shaken up. We shared Alma 28.12 which hopefully gave her some comfort.

While many thousands of others truly mourn for the loss of their kindred, yet they rejoice and exult in the hope, and even know, according to the promises of the Lord, that they are raised to dwell at the right hand of God, in a state of never-ending happiness.

We were also able to visit Soeur Limtempha who had been in the hospital over the weekend due to an asthma attack so we shared a scripture on the atonement and how Christ can understand everything!!

We visited with Soeur Dulces- her son came down to clean the pool and he took me back- it was Gideon [her teenage brother]!! But a French speaking one!! She shared with us Alma 34.41 and how it gives her faith and hope.

But that ye have patience, and bear with those afflictions, with a firm hope that ye shall one day rest from all your afflictions.

Soeur Hansen’s departure was delayed because of Hurricane Irma, so on Wednesday we had sports with the branch- all the members were so happy to see Soeur Hansen after she had told them that she was leaving!! Then we had a member literally force feed Soeur Hansen because she didn’t finish her banane potatoes and tomato sauce thing!! 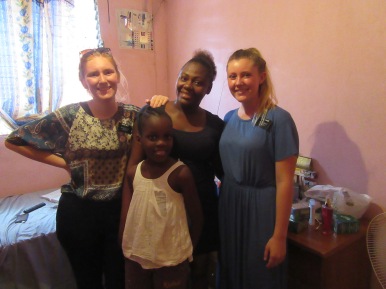 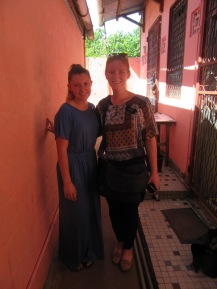 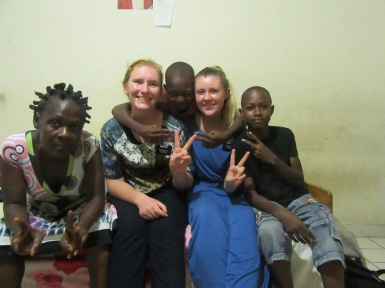 On Thursday, because I would have been the only sister in Guyane for a moment I had to go to Martinique with Soeur Hansen and then fly back straight away with Soeur Atkins.

On the way there I sat next to a man called Pierre from Guadeloupe-he asked lots of questions specifically about why our church was in the different countries…I shared with him a scripture in 2 Nephi that talks about God loving the isles of the sea… he took a brochure and I testified of the Restoration. Meanwhile Soeur Hansen was having a conversation with another man who took a Book of Mormon!! Missionary work never stops!!

In Martinique we grabbed lunch- hugs bye and then straight to check in for Soeur Atkins and me. She is really cute; very confident and has a desire to learn and do the work. She was fast tracked in the MTC [this means she didn’t go through language training as her French was of a good standard] so lacks a little bit of gospel vocab that the MTC training gives you but she is really learning fast- it’s insane! [It’s not many schools that teach words like ordinances, atonement, ordination, etc]. Despite my sickness we had a good 2 hour plane ride to get to know each other!! 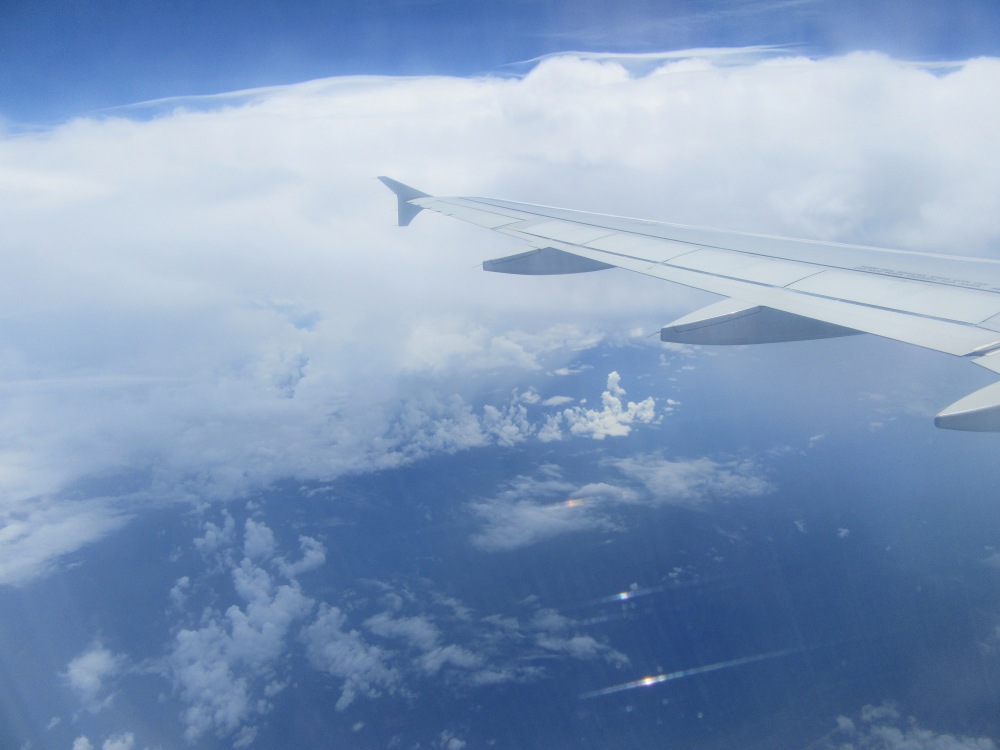 On arrival we were greeted by the Elders and Soeur Atkins’ first banane pesee!! 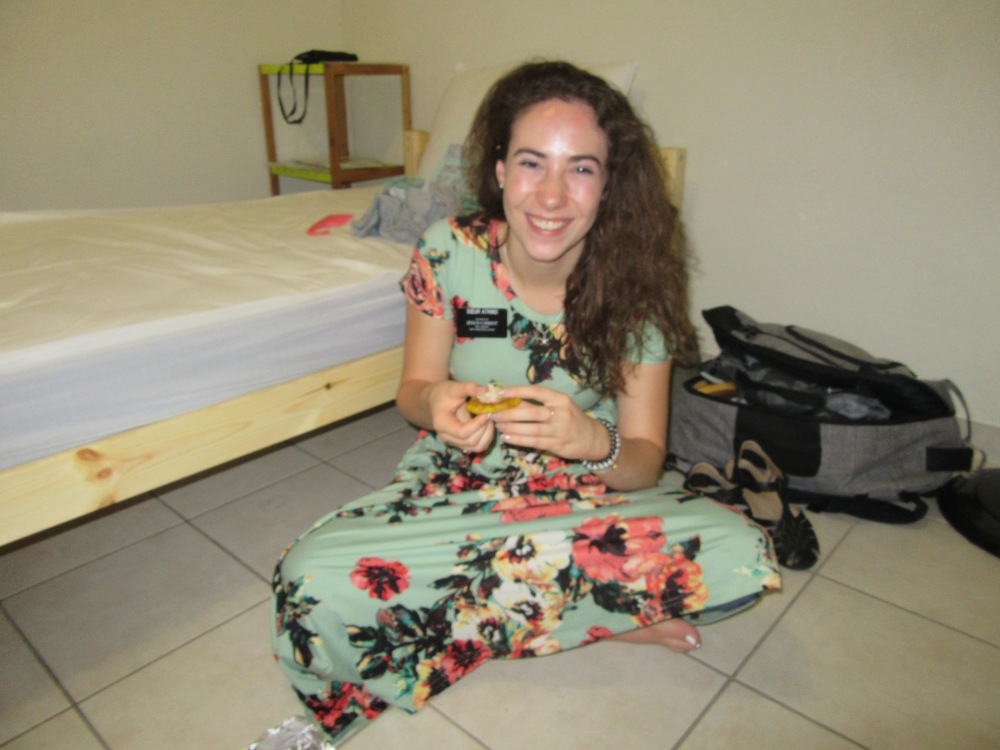 The Sisters seemed to spend a lot of time visiting members this week- we visited Soeur Esther who fed us again like no bodies business, then afternoon service at Soeur Pascale’s house who is moving to France; coconuts for refreshment; suivi with Lazou family and Tavarese family!

We taught a lesson to the young man who is preparing for baptism with Soeur Baksh and Andrew Baksh who is 21- a really good lesson- the spirit was amazing as we spoke and reviewed the Restoration- the ground breaking thing though was that he told us that he is waiting for a vision as an answer. After a discussion with the Bakshs there was a suggestion that maybe he thinks that the young man could progress faster and more comfortably with the Elders. I prayed with Soeur Atkins and I phoned the Elders with the faith that we would be blessed- it took a lot honestly but it was good for me and the Spirit witnessed to me that it was the right decision; the Elders told us about a lady who is living not in anyone’s area who ordered Book of Mormon from lds.org. Immediate blessings!!

Sunday- Soeur Atkins bore a wonderful testimony in sacrament; training meeting via skype again and some contacting using the Book of Mormon with 2 given out in half an hour!!

No photos this week- so we’ve had to use some from last week and elsewhere!