On Sunday we had an opportunity to talk to Soeur Holt as it was Mother’s Day here in the UK. It was great to see her smiling face

It was a slightly different Skype as we also spoke with Soeur T. It was amazing to see them together and the obvious friendship they have- they were like a double act as they bounced off each other and shared stories and experiences. 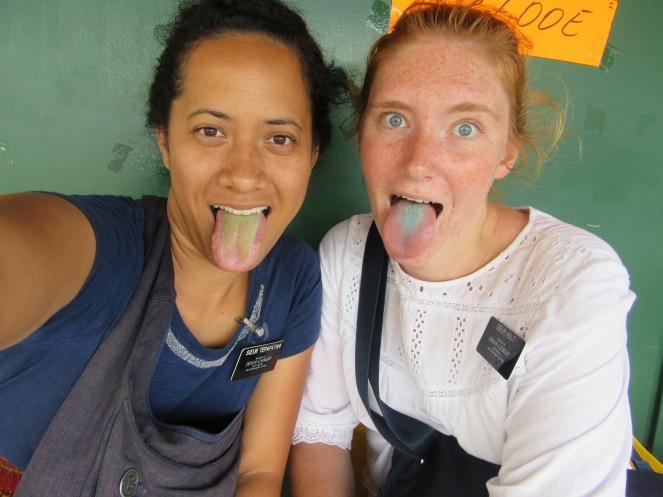 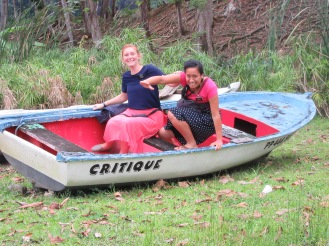 We also were so grateful to the Eclar family who allowed them into their home for the Skype call.

It was a week full of contacting and exchanges this week. In our Skype called she explained that the boundaries of the area they work has changed so the people who had been preparing for baptism were now being taught by other missionaries. They still see them at Church but they’re not as involved as they were- as a consequence they are often trying to find new people to teach.

On Monday evening we went contacting for a little while in a block of apartments- a lot of doors knocked on and one kind lady- we spoke mostly about her plants that were outside her door (she loved to talk!) but then we got into the gospel; She had seen the boy missionaries before but never the sisters and was impressed that there are girls! She was sweet and has a great faith but lost her trust in religion after seeing hypocrisy in the church she grew up in.

For part of the week though the missionaries from Guyane came to Guadeloupe for exchanges. This meant that Soeur Holt was able to spend some time with Soeur Reep again. Wednesday afternoon we went and picked up the sisters from the airport. Silly Soeur Holt had taken Soeur T’s planner to call some of her contacts in the airport and then left it there on the floor. Soeurs T and Krusher returned to the airport, agendas are so precious!

Soeur Reep and I has the chance to go and teach a lady who once again had double booked us with the Jehovah’s Witnesses-  since that day though she has stopped answering our calls! Lots of contacting- in a café we met a young man building his home questioning why there are so many churches, we were able to share the First Vision with him; then an evangelist waiting for her friend to come and pick her up for a prayer meeting- she was kind as we shared Alma 7.11 she loved it; and then home for language study.

Thursday we kicked the day off with, you guessed it, contacting! We met an old mami-  a really sweet experience. We split up -Soeur Reep on one side of the road and Soeur Holt on the other and I met a homeless gentleman and I just spoke to him for a little while- he had his bible by his side and he told me that he carries it everywhere he goes, I think he took the opportunity to talk and then at the end I bore a simple testimony about the gospel of Jesus Christ and how much God loves him; he then expressed to me that his heart was truly in despair but I has brought him joy and light; I learnt a lesson that day.

Friday was an early start to drop the Soeurs off at the airport. 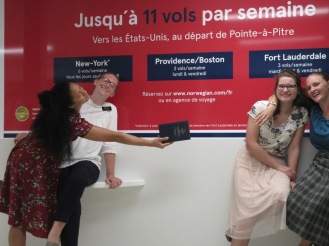 They were also able to continue to visit with members this week. One visit was to the family Kasongo. They are amazing. It went really well we laughed and played beaver tails then discussed the role of the Holy Ghost in our lives and how we need to pay him more attention. Of course we ate at the end, there were chips and I was trying to be polite and eat with the knife and fork provided until Soeur Kasongo says chips are normally eaten with fingers!!! We couldn’t stop laughing- after that and I put my cutlery safely to one side!

The Sisters were also able to teach district meeting this week- the first I have ever participated without a priesthood holder teaching; we reviewed MLC and set some goals as a zone concerning what we discussed. The rest of the lesson was based on the atonement of Jesus Christ and the principle of repentance as part of the lesson we handed out pictures of Jesus that everyone can put next to their desks and when life gets hard remember him who has descended below us all so that we have the ability to rise.

Some other bits and bobs: Soeur T spoke to me this week about the booklet “Adjusting to missionary life”; it is a book created to help missionaries know how to deal with differing stressful situations. Not that I am overly stressed but there is always improvement that can be made; I did the self-assessment and then looked up the corresponding info. Some personal goals were to stop comparing yourself with others but use your strengths in creative ways; laugh more when you make a mistake (with Soeur T that is usually pretty easy); personal prayers out loud ( since being on a mission and sleeping in the same room as my companion I always offer silent prayers).

It also provided me with a scripture reference that I liked D&C 90.24: “Search diligently, pray always, and be believing, and all things shall work together for your good, if ye walk uprightly and remember the covenant wherewith ye have covenanted one with another.” I have made a covenant but sometimes I remember all of the things I promise to do rather the blessings that Heavenly Father promises to me- everything will work out for my eternal benefit. 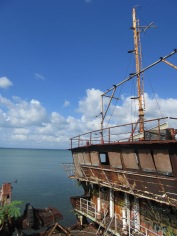 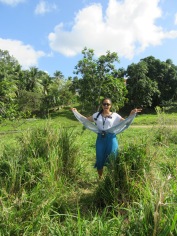 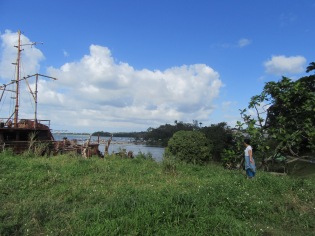