As we celebrated New Year’s Day this week the event that we are most excited for in 2018 is when Soeur Holt returns home. Although we know she is where she needs to be, it will be lovely to be with her again. While we’re focussed on this the only mention of anything to do with 2018 in Soeur Holt’s email was the title: ‘Bonne Annee’- she seems to be focussed on her service rather than when it will end- which is as it should be. 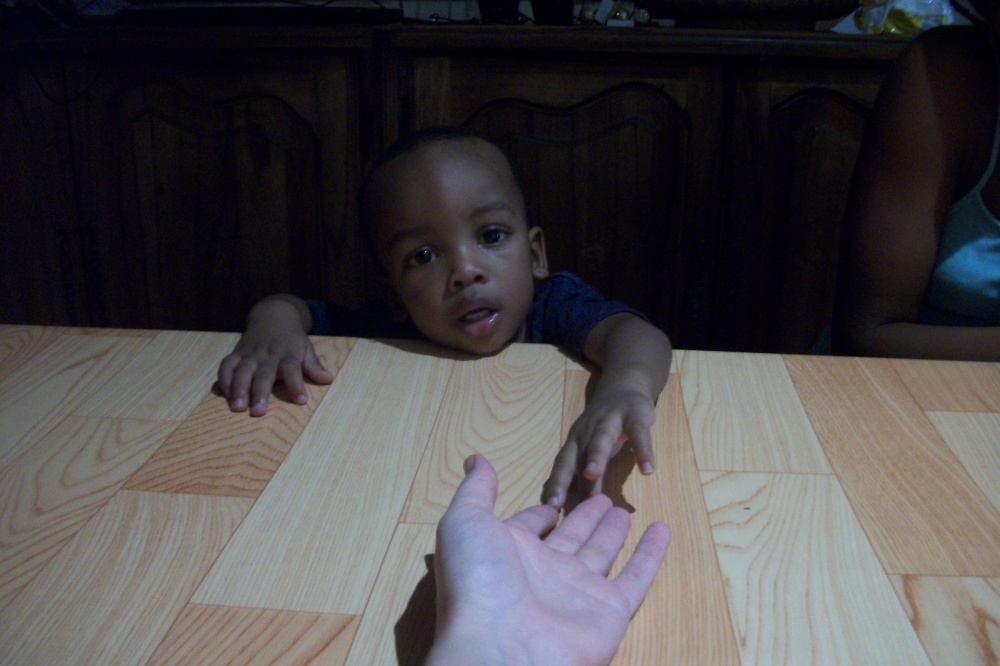 With Christmas over life seemed to return to normal in Cayenne, apart from p-days being on Tuesday because of public holidays. Last Tuesday we did our weekly shop at Leader Price (the French equivalent of Aldi!) then whilst we were over there I felt really strongly that we should pass by a less active called Soeur Lucienne who lives just next door- we bought her a little Christmas toy and headed over. She wasn’t in; but her son said he would pass over the present when she returned. Moments like that can be really confusing- I feel as though I have a spiritual impression and then it comes to nothing! But as Soeur Reep said we don’t know for certain that it was for nothing only God knows his plans!

We had McDonald’s with the Elders and headed over to play laser tag. I was rubbish but considering it was my first time and it seems that some Elders had spent much of their ‘misspent’ youth laser tagging I can hold onto my pride! But it was really fun I will give them that!! 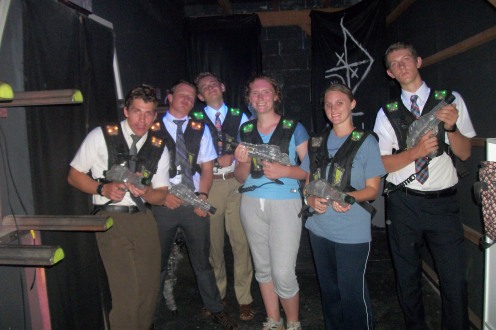 Lots of contacting this week: in one apartment building we met one really cool young man called Jean Paul; he is 18 and works in a restaurant- we read in Alma 7 about Christ and he loved it. When asked he told us that he wants to increase His knowledge about the life and works of Jesus we testified that he can find that in the Book of Mormon and invited him to read 3 Nephi 11.

One afternoon we had a lesson with a man who used to have lessons and his mother.We had met him when we were out contacting. He has long dreadlocks and quoted Bob Marley during the lesson. However he said that he know that in terms of doctrine that our church is the truth; He loves the Book of Mormon and has continued to read it daily, despite a drug and alcohol problem! 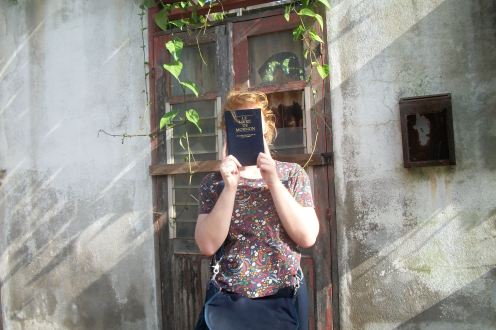 There were also lots of lessons to be taught and people to stop by on: on Tuesday evening we had a suivi with Matine and another suivi and scripture shared (2 Nephi 26) with mami Andre before another suivi with Vinite.

We also met another cool young woman; it was her aunt who invited us into the home first (the aunt only speaks creole!! haha really put the gift of tongues to the test!) But the young lady is searching- she has just arrived from Haiti here in Guyane- she seemed really excited by the Book of Mormon and she talked about her desire to be baptised- we gave her Mosiah 18 to read! This wasn’t the Sisters’ only Creole experience of the week: Saturday we had a first lesson with a Haitian lady (I guess you could call this week creole week!! haha) she was good and had already been to church before at the invitation of Frere Christophe.

In the evening we taught Dea the restoration specifically joseph smith and presented her with the baptismal plan. We testified of the importance of a change of heart like in Mosiah and true conversion can only come through revealed truth etc. 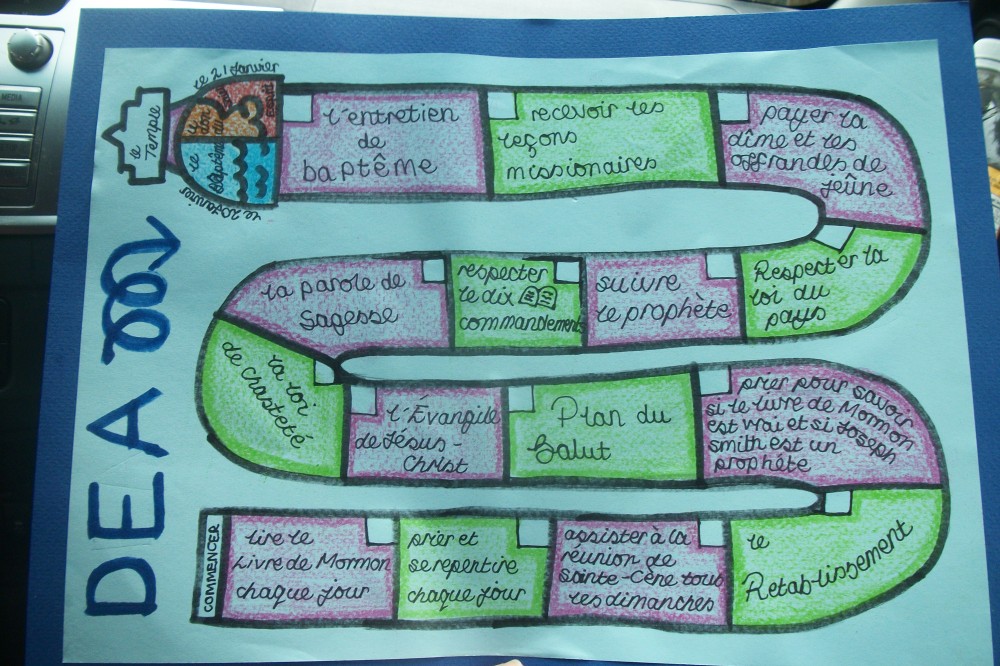 A lesson with Charlanda- it was a really powerful lesson with Bouboul (not her real name- it means chubby in creole!!). We read the introduction to the Book of Mormon in Creole and at the end we asked Dada to share her feelings and invite Bouboul to read meditate and pray. She did and is was such a beautiful simple testimony she said that she has butterflies in her heart after praying about the Book of Mormon was true. So cool!!… On Sunday evening we read Ether with Trinity and Dada- we discussed the power of prayer and how we should pray.

On Friday we taught Soeur Emmanuella the restoration video and an invitation to be baptised. That lesson was so powerful I think it will be one that stays with me my entire life, the spirit was just so tangible. She accepted that if she received an answer then yes she would be baptised but it would have to be in her way and time. We both testified that during the course of that lesson we had received personal witnesses of Joseph Smith’s prophetic calling.

We have had two district meetings since I last emailed. The first on Wednesday was concentrating on the power of fasting. We read Isaiah 58.6- I found it really beautiful and poetic. We should find joy in fasting and exact all our labours during the fast; then the blessings we will receive include health, the glory of god, God will answer our cries and give us light which will guide us continually!

Yesterday was on goal setting: we had all prepared by reading John 15 and had a massive discussion picking apart the chapter! Something that I loved and reflected about is how as the branches do we abide in Christ? I came to the conclusion that it is through doing his will and emulating His relationship with the Father. When His desires are our desires and His wishes our wishes. I also reflected on whether Jesus is my friend and how am I actively giving my life to Him in expression of my love.