This week Soeur Holt got slightly trunky I have to say! Trunky is a colloquial term for a little bit home sick, or missing home. The reason? One of our very close family friends (so close that our children grew up thinking the Teal children were their cousins) got married. It’s the first major event that she has missed so she asked us to send lots of pictures. I loved the pictures that daddy sent of the wedding this week- you all look so beautiful and handsome of course for the boys!! Despite not being there for what looks like an amazing slice of cake I know that I’m in the right place at this very moment!! 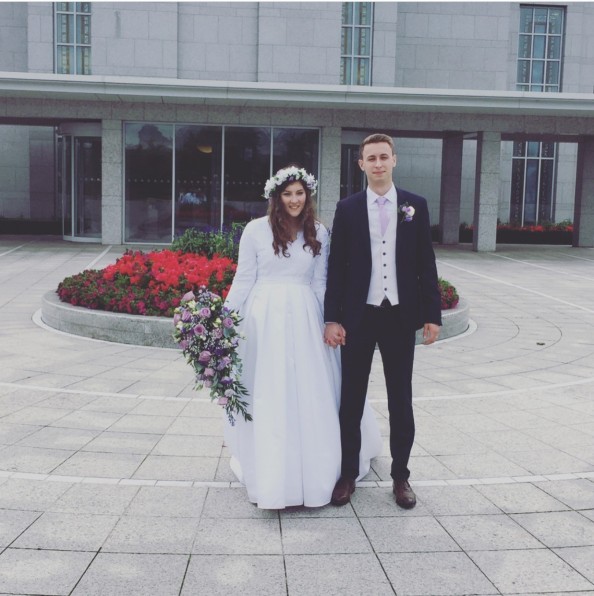 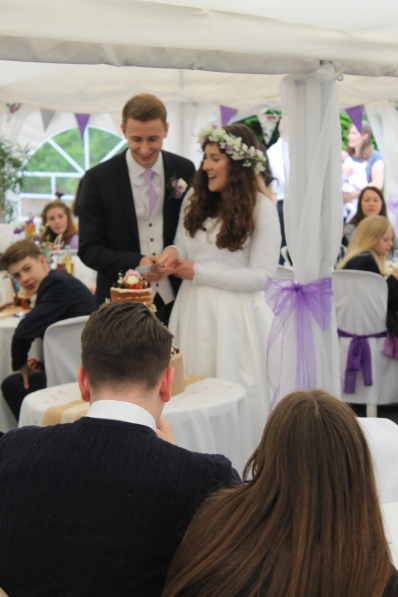 Also, a visit from Sophie Heno brightened her spirits but got her thinking about home! At Church on Sunday Soeur Heno was here!!! We were able to spend some time talking. She is amazing and told me all about how stressful it is to be home!! Boys, school etc!!! Thankfully Soeur Monlouis invited us all round for lunch so we had more time together. She is going to spend all of Tuesday working with us this week I’m so excited!! Don’t worry though- Soeur T wasn’t left out in fact Soeur Heno’s brother served in Tahiti and apparently speaks amazing Tahitian!! 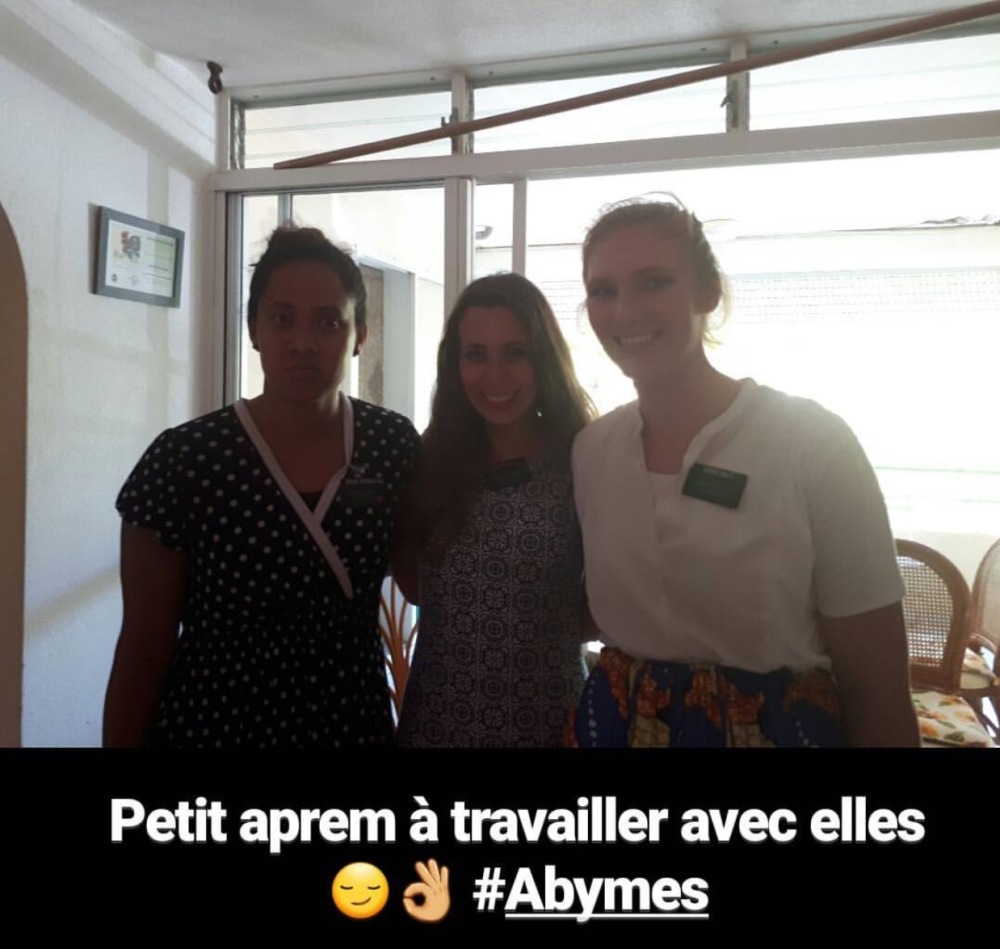 We didn’t mention last week but Soeur Holt has decided to try a dairy free diet for a while. Last Monday we did our weekly shop, onto emails then ate at Pizza Hut- in the moment I had forgotten that I couldn’t eat cheese and so when the pizza arrived I was slightly depressed to hand over all my toppings to my companion and eat bread and tomato sauce!!

We think it might last until someone sends her a batch of chocolate! She mentioned later, however, that she had a bokit, but a bokit is sad without cheese on it!!

On Tuesday we headed over to my favourite mami, Soeur Naffer’s, to celebrate her 95th birthday with her. So glad we did because she had forgotten that it was her birthday and there were no celebrations planned. We shared a quick message about prayer and how it is our method of communication with our Heavenly Father before putting some candles in a cake we had made. After singing happy birthday in creole she managed to blow them out after only a few attempts!! I love her!!

Another lady in the branch is poorly too. We went to visit Soeur Miat who wasn’t there last Sunday because her cancer took her to hospital for a few days. She is doing better now though and is looking forward to a trip to France to go to the temple in a few weeks if her health permits. We read 3 Nephi 17 together and talked about how the atonement of Jesus Christ can help us in every single one of our difficulties every moment of our lives. She gave us juice so all in all a good visit.

A couple of weeks ago Soeur Holt had mentioned a lady and her teenage son who they had been teaching. Because of exchanges last week she didn’t really mention them in her email. This week we taught them again. Really amazing lesson where we read 3 Nephi 31 together and discussed the pathway that the Lord has laid before us in order to return and live with him. We asked them “where are you within this plan?” to which they said that they had already been baptised but they were interested in learning how they could receive the Holy Ghost. We read the baptism of Christ in Matthew and showed them that the Holy Ghost at his baptism. They seemed really engaged. But after we had said amen and prayed they asked us how long it takes to be baptised in our church. We told her about the series of lessons that we have to teach but that it all depends on the person- it could be in 2/3 weeks!! They went to another island for the weekend so they couldn’t come to church but they are back Tuesday and we are still really excited for the progression that they are prepared to make.

Some not so strange food this week (for an English girl at least): We visited with Sister Ketty Bouchat and shared a message with her about the importance of the Book of Mormon- we encouraged her to write her testimony within the front cover of a copy and then give it to someone who she feels needs the guidance that it contains. She then invited us to stay and eat with her- she had made a great spread. 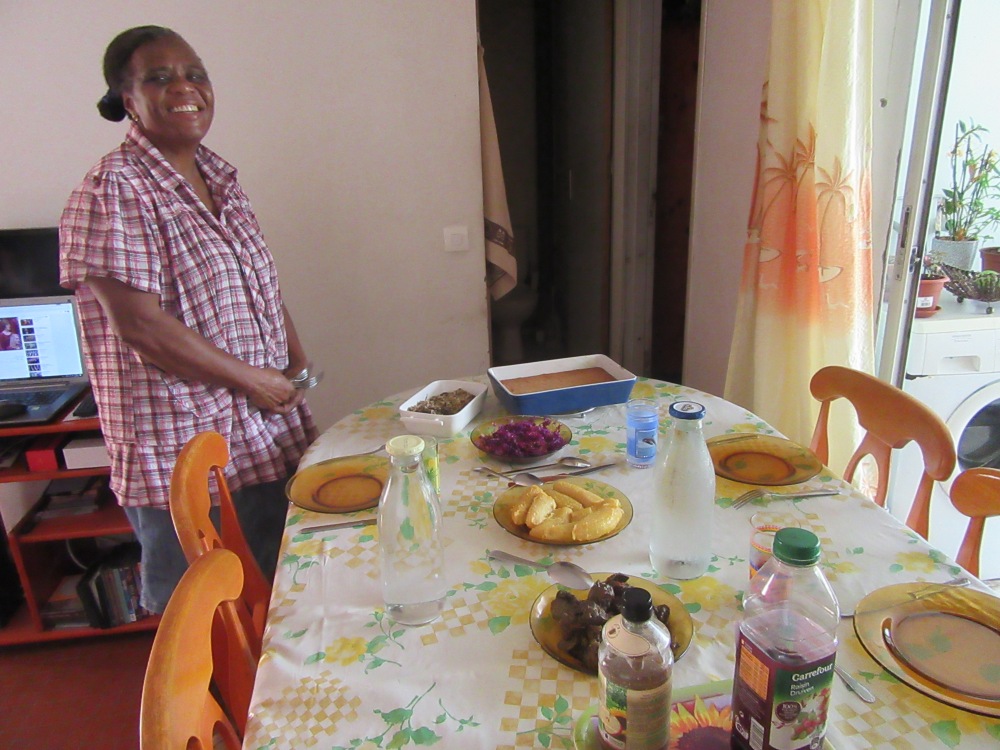 It made me laugh though because Soeur T, who eats food with ants on it in order not to waste food and uncooked fish fermented in sea water, could not eat liver that Soeur Ketty had prepared. I thanked grandad in that moment for letting me try liver and onions!!

In the past Soeur Holt has spoken a lot about the Nestor family- one of the children, Dalila, had stayed in Guadeloupe to get her results for the equivalent of A levels; but she left for France on Thursday to join her family! On Wednesday we were able to teach with her before she left- we taught Soeur Blonbou about prayer. Dalila bore a really great testimony about how if it is a problem for us, it is a problem for our Heavenly Father, this was in response to the concern that sometimes we might not like to ask God for everything because we might feel like we will be annoying him.

There was another exchange on Wednesday evening when Soeur T went to Baie Mahault and Soeurs Reep and Hootini came to Abymes with me!!

It was Zone Conference on Friday with interviews and studies…some main themes were fasting (Matthew 4.2: “And when he had fasted forty days and forty nights, he was afterward an hungered”); the importance of the Book of Mormon, adapting our teaching to every person’s specific needs. Specifically for me was fasting; my mission has really taught me a lot about fasting thus far because I never really fasted properly before because I always forgot or gave up. But 24 hours in the blazing heat wow!! President taught how sometimes God demands sacrifice in order to see miracles and I know it’s slightly extreme but going without food and water for 24 hours is a sacrifice. It supresses the natural man and allows the spirit to come to the surface. As well as some pictures that Soeur Holt sent, we also got some posted on Facebook by Sister Herrington. 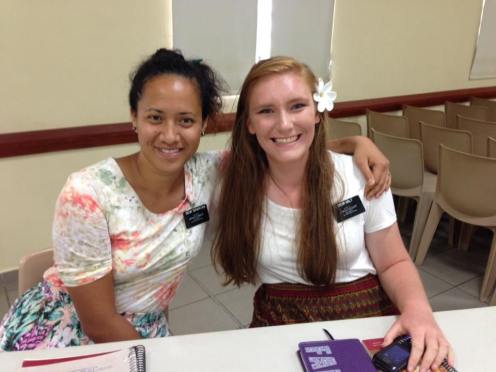 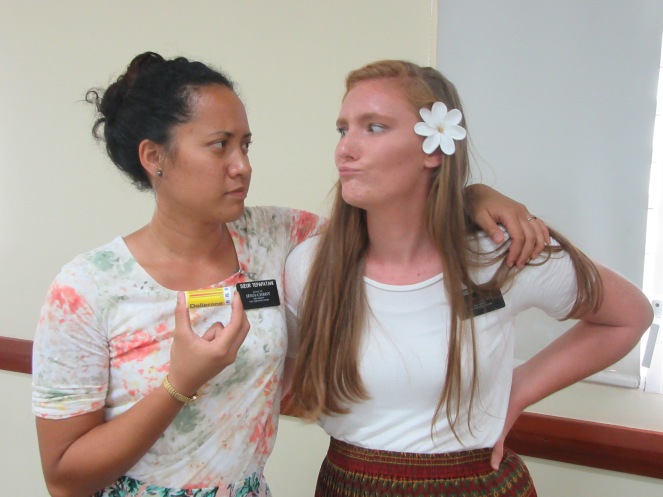 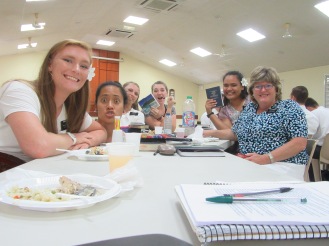 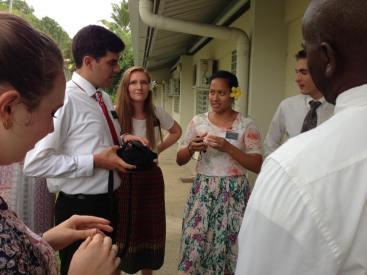 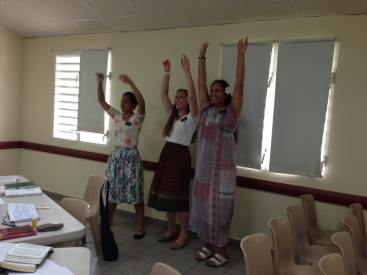 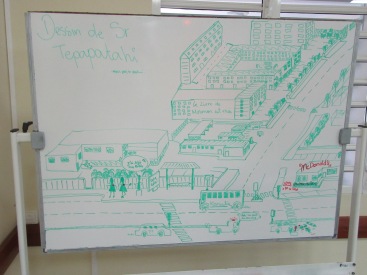 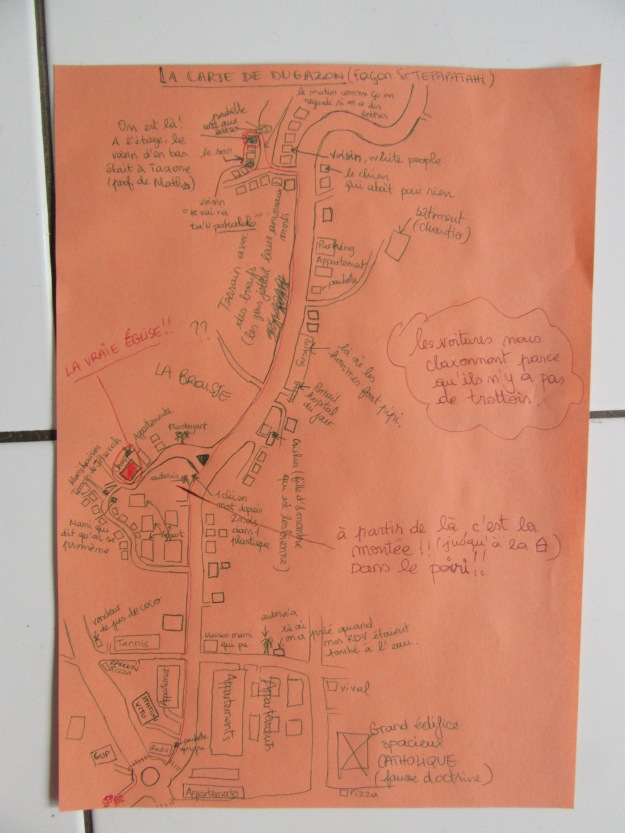