Slight delay this week as Easter Monday meant no access to email cafes on Guadeloupe. Fortunately Soeur Holt has learned from earlier events and was careful with how she titled her email: Exchanges with Soeur Needs, Zone Conference and a visit to the hospital (to visit).

Service was the theme that ran through her week. Sometimes the acts of service that we render are small, sometimes they are huge. All exemplify a desire to follow the example of the Saviour shown in Soeur Holt’s scripture of the week:

“For even hereunto were ye called: because Christ also suffered for us, leaving us an example, that ye should follow his steps” (1 Peter 2: 21).

This is a reflection of a promise that Latter-day Saints make each week as they take the sacrament to be willing to take upon us the name of Christ: Sunday in church something really cool happened- the sacrament prayers have been changed in French by the First Presidency the word veulent has been changed to disposé à to better reflect the English ‘to be willing to’. It made me be thankful for living apostles and prophets who can receive revelation such as this!!

The small acts of service that permeated this week included: We received a prompting during companionship study opening prayer to ring a family and that resulted in us going to the hospital with them to visit one of their children. It took the entire afternoon because we had to walk there and back but it was so rewarding. He has had skin graft operations and is wrapped in bandages. He can talk and is conscious though. I had made a peach sponge that morning and he seemed to love it, or at least he ate most of it. We sang together and prayed. The spirit was so strong I think those moments sat by his bed singing ‘families can be together forever’ will live with me forever. I can’t communicate the impact it has had on me across an email.

Soeur Hootini ‘heart attacked’ Soeur Holt’s desk on the morning of her fifth month anniversary- such a sweet thing to do. 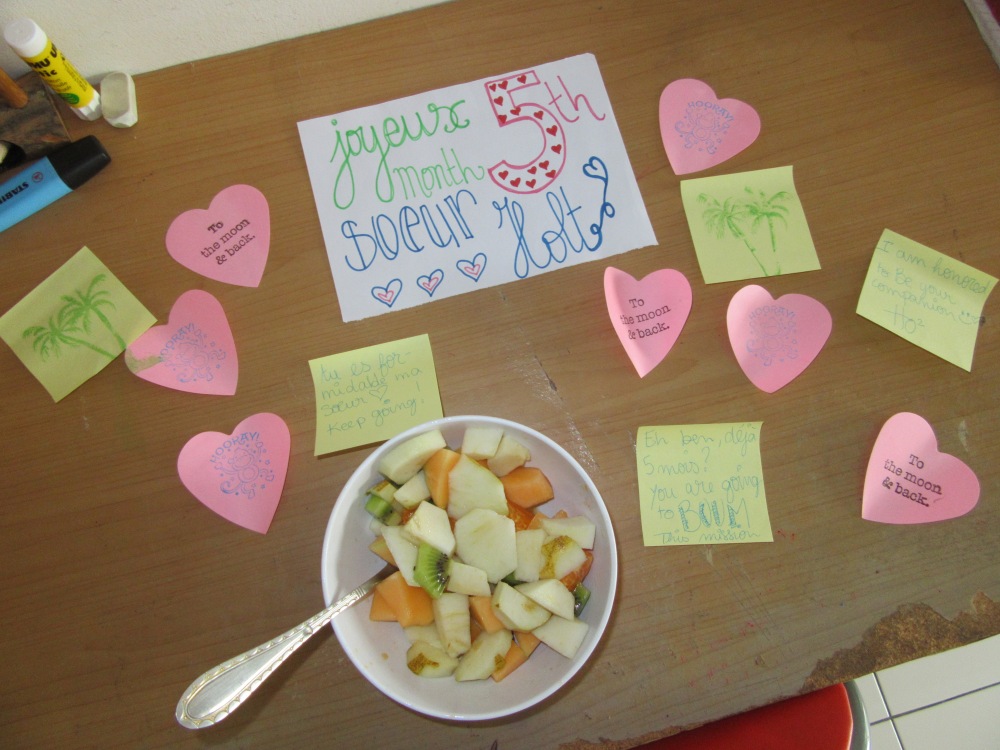 Soeur Holt’s mum had sent an Easter package for her- small bags of Easter treats for the children at Church. At the end of church we went into primary and gave out the little bags of treats and I can safely say that we are now the favourite missionaries ever!! Thank you mummy!! There was even a bag left over for the Elders. 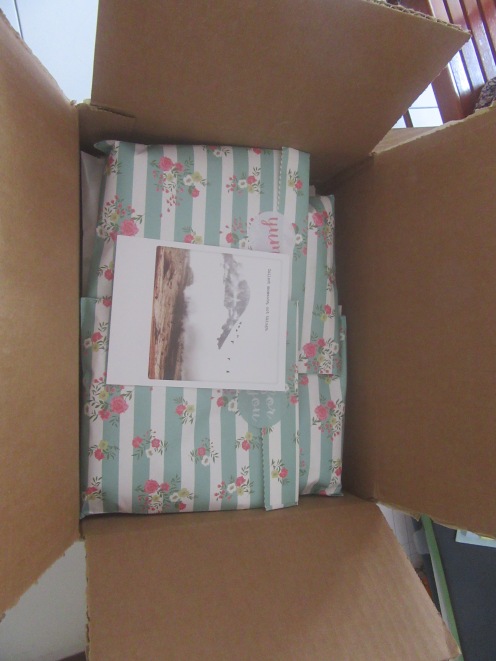 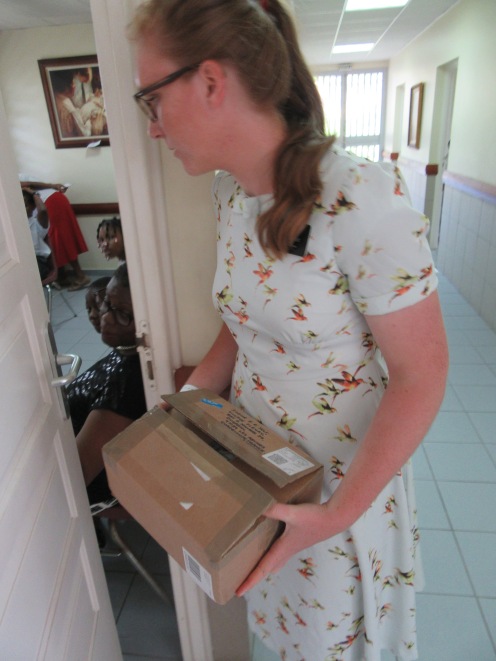 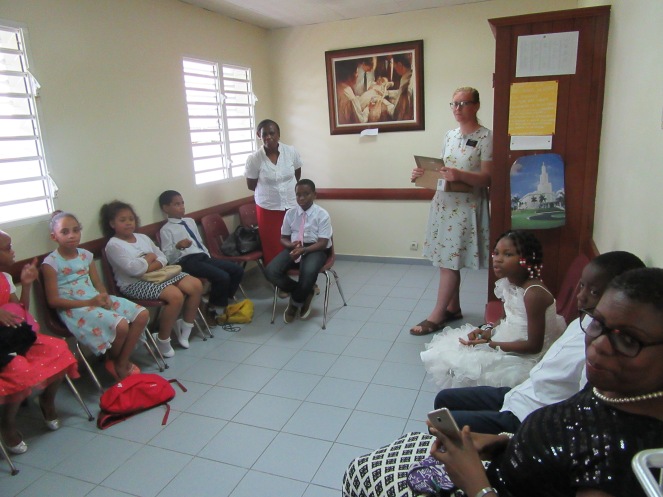 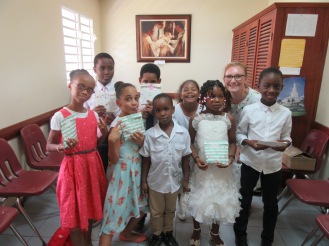 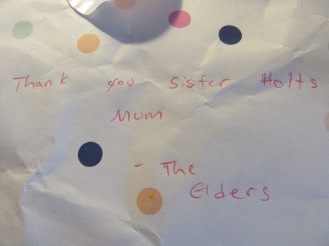 The local Churches also hosted some Easter celebrations on Monday to share companionship and hospitality. That afternoon we spent it at the family Amounssouga where most of the branch and some of Lamentin were, along with lots of friends who are not members of the Church. All of us celebrating Easter Monday together. It was a great day and the missionaries were assigned to make the coconut ice-cream which turned out amazingly. We spent the entire day there mingling and finding some people to teach before heading onto a family home evening at Frere Freddo’s home, still with the Elders, where the other half of the branch were and the Elders taught about scripture study.

Sometimes, or a lot of the time, the acts of service missionaries perform involves sharing the message of Jesus Christ. This became especially pertinent this Easter week. On Monday evening we had a really great family home evening at Soeur Point du Jour’s home with the Elders and her daughter- we shared the Easter film with them and also read in Alma 7 about the atonement. Then we ate banane pezee!!

We continue to be thankful for all the local members of the Church in Guadeloupe who serve by helping the missionaries. Soeur Holt mentions so many people who go teaching with them, one such example is when Soeur Natalie Bouchaut picked us up and we went and taught someone we had been teaching for the first time in what seems like forever!! It was a great lesson based on the Easter video and how through Christ we can accomplish anything; she shared with us that her partner is now noticing the difference in her since she has been reading and coming to church. She is heading to Paris this week for the Temple open house and she showed us that in the suitcase her son had already put the children’s Book of Mormon which I had given him; he is just so cute!!

Being on the same island meant that Soeur Holt was able to go on exchanges with Soeur Needs and visit some of the people she had become close to in Lamentin and some new ones too. It was so strange to be back!! First we taught a Dominican lady  and  really quickly and I realised that I now hate teaching in English- I don’t know what to do with myself!!

We taught Soeur Versailles with Soeur Kasongo next and it was amazing to see her so happy and really buzzing with the spirit after her baptism.

There were so many other teaching experiences this week, too many to list. The missionaries in Guadeloupe were also able to have a Zone conference this week. 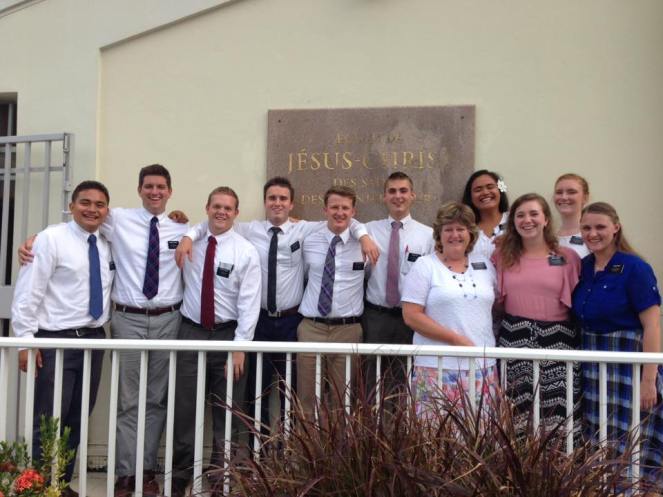 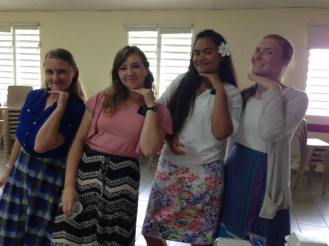 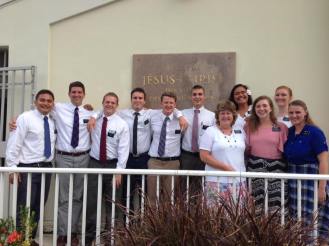 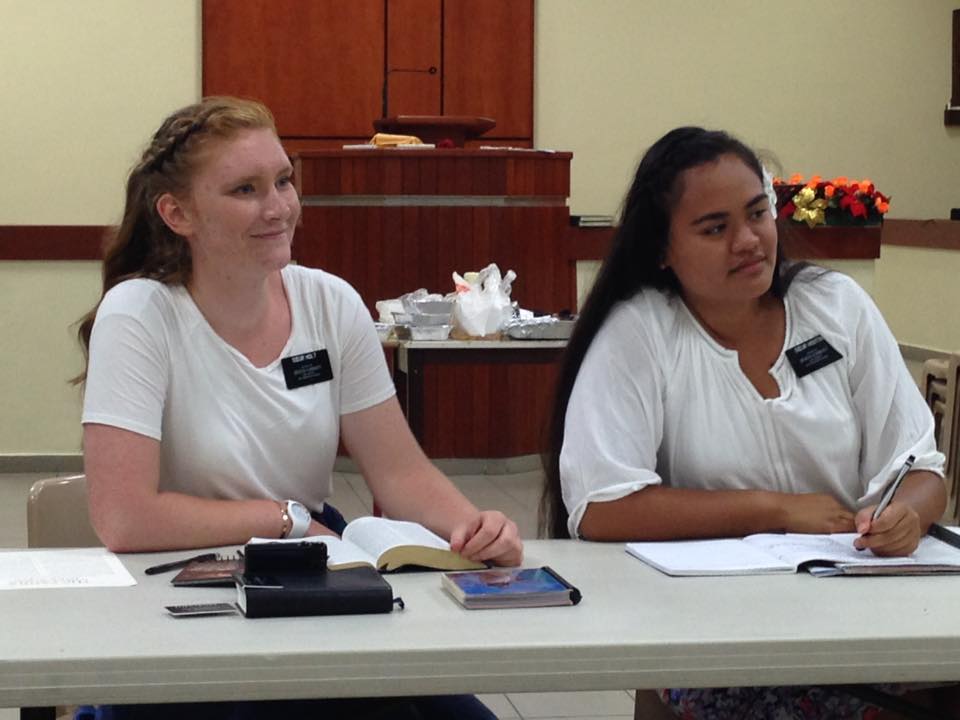 Saturday morning we worked with Sister Herrington and therefore had a car!!! We contacted a little bit before teaching Soeur Rosa about the Temple and family history. She seemed really excited to try and find her ancestors! That afternoon we got trapped in the house by a bike right outside our door and so took the opportunity to text everyone on our phone to come to church tomorrow!! 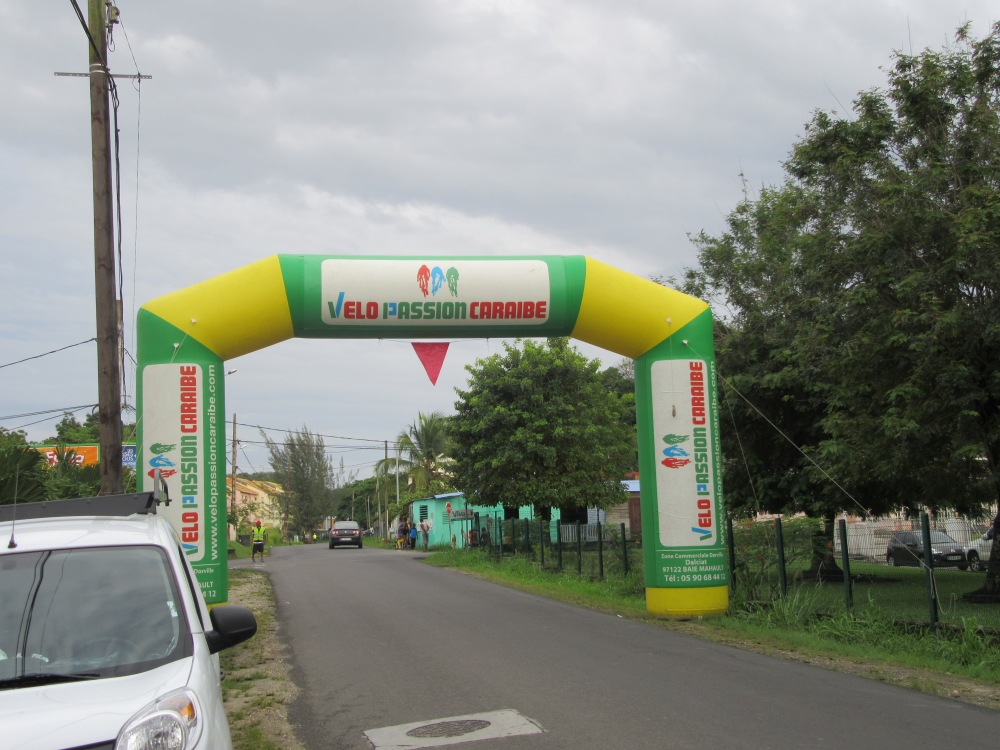 We’ll finish this week with Soeur Holt’s study of a recent talk by Quentin L. Cook of the Quorum of the Twelve Apostles. I loved where he spoke about 10000 hours of practice is necessary to become a world class expert at anything. This helps me both with gospel understanding and knowledge as well as the language spurring me on to work harder. He talks about 3 questions which shape all of his decisions and I really relate to that. He also talked about how the refiner’s fire is preparing us for an eternal destiny.