I have to admit that after a couple of weeks of writing a blog about Eleanor’s life in the MTC I was beginning to wonder if things would get a bit samey- as she spends a lot of her time in the classroom and doing very similar activities each week. But just as I was thinking this we get her email entitled ‘Crazy bonkers week!’ Probably the most bonkers thing is that she got a new companion and is in companionship of three:

So now we need to rewind to Tuesday when we were told that we would have a new sister in our zone who was coming in with the new French district and is the only sister with 10 elders! So she is called a solo missionary which means she would be in a trio with me and Sister Redfearn but for class times she is allowed to be away from us but only then.

When new missionaries arrive the missionaries who are already in the MTC serve as hosts and help them get settled and go to the right places. 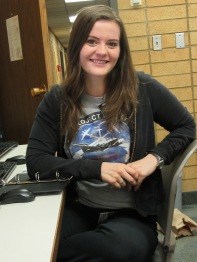 We then headed to new missionary host orientation and then into hosting the new arrivals. What happened next was truly insane. So a few of us hosts were sent into a room filled with early arrivals and international missionaries, we were told to sit next to anyone and they would be our missionary to help. I sat down next the first sister that I see and guess who it was? My new companion!! Sister Tolman!! What are the chances!!!! She is literally the coolest person ever, she’s from California, she’s older and has already graduated college but also had an internship in New York for 6 months with an international relations forum.

The arrival of new missionaries is always an exciting time, and perhaps more so for Eleanor this time as every other French speaking district left this week for France, Canada and Tahiti so the departing missionaries filled most of the testimonies and we got special permission to speak English!! She was sad to say goodbye to some people she had got to know well.

But her district remains the same- so she didn’t say goodbye to everybody, and now she has the opportunity to make new friends. 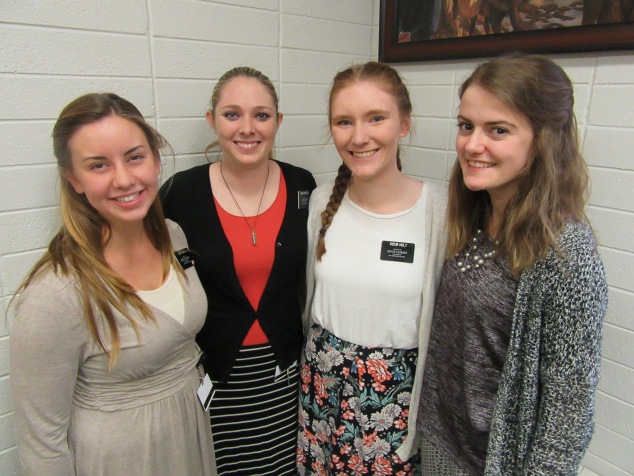 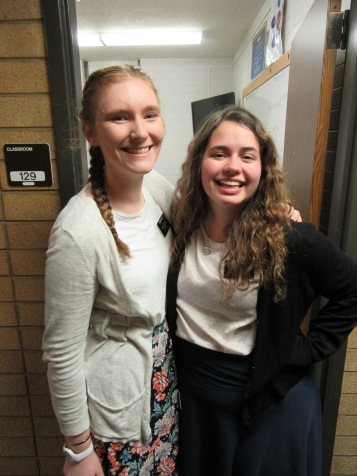 Eleanor seems to be doing quite well for post and packages, so thank you to all who remember her. Special mentions and thanks came for a few people: So last week after I had emailed I received my second batch of “the cocoa bean” cupcakes from the Kolsens. Brother Kolsen baptised my Dad and his family into the church, how cool is that!! So that was a very delicious treat and it hurt me to share but I did as Christ would have, ha ha! As an aside Rick and Teresa Kolsen have a son serving a mission in Italy- Anziano (Elder) Kolsen left the MTC the week or so before Eleanor entered.

Monday was the day when I got 5 Christmas cards; thanks to Aunty Becky, Uncle James, Scarlett, Nana and Millie (all of your cards are up in my residence). I got another package that day from Hillary Hansen- some gorgeous cookies shaped like Christmas trees…thank you!!! The other missionaries laugh that even though my parents live the furthest away on a different continent I still get the most mail, which is often true, so keep it up everyone I am definitely feeling the love!! With Eleanor being so far away from us, we are also so grateful that people think of her. Though we are a bit worried about some of the strange habits she is developing: I also got my letter off Grandma and Grandad on Monday I almost cried and I even sniffed the paper (it didn’t smell of anything).

Eleanor’s time continues with learning, worship and teaching. She also had some new experiences and got a new assignment: Tuesday we had our first English fast, where we only spoke French, it was hard but its impressive what you can say when you are forced to. That evening I got some training as I have been assigned as the online coordinator for the zone, pretty cool huh!! It sounds as though she is beginning to get to grips with the language- though we have been warned that learning classical French and then going to the Caribbean is like learning the Queen’s English and going to Liverpool! Eleanor speaks positively about the gift of tongues- a gift we believe is promised to the Saviour’s disciples who need it: We also had a lesson with Frere Vanderholm about the gift of tongues; a great analogy that came out of that lesson was that Jesus Christ came to earth to learn the human experience and part of that is the language and we as missionaries are following in his footsteps as we learn the language (French) which with help us communicate with those who we serve with. I also started some one on one French lessons with Soeur Kitchen she is really lovely and I can definitely see the difference even after a few lessons with her this week.

We asked her what her preparation day was like, and how it was different. This is the day that she does her washing and emails. Apparently it’s too cold to do sports, so we go to the Provo Temple across the road, and nap and email and shower for a long time. Sounds like bliss.

The Sisters continue to learn and to teach; Eleanor reports that she is really enjoying teaching Hospice and Stephanie. Soeurs Redfearn and Holt have had opportunities to share personal experiences in their teaching and lesson preparation. This has drawn them closer together; through these experiences she reports I love her more.

She also tells us about some of the meetings she attends: Sunday was Fast Sunday which was amazing to be totally focused on that fast with so many others [As a Church on the first Sunday of each month we fast (go without food and drink) for 24 hours and pray for others as a way of focussing our attention on our relationship with God].

We had a mission conference which focused on the Saviour as we enter this Christmas period. After dinner on Sunday we watched the First Presidency Christmas devotional live. Tuesday night devotional was with Elder Christensen of the 70 and his wife, they spoke really powerfully about the restoration of the gospel.

We’ll finish this post with her cheerful ending: I have had an amazing and uplifting week full of the spirit and happiness!!