Last we left her, Eleanor- or Soeur Holt as she now is- had arrived in the Missionary Training Centre. She will spend six weeks here learning French, studying the Gospel and preparing for missionary service. Her experience will be very similar to many missionaries, but in her first ten days she had the experience of being in the USA for Thanksgiving.

As there are hundreds of missionaries in the MTC they are split into smaller districts and all missionaries are assigned companions for the time they are there. Eleanor tells us a little bit about her district which is French speaking:

I am in a district with three other sisters and a trio of elders, All of the sisters are serving in the Montreal Canada mission with one of the elders. Therefore I am with two elders in going to Barbados. They are all American, my companion is Soeur Redfearn from Utah. 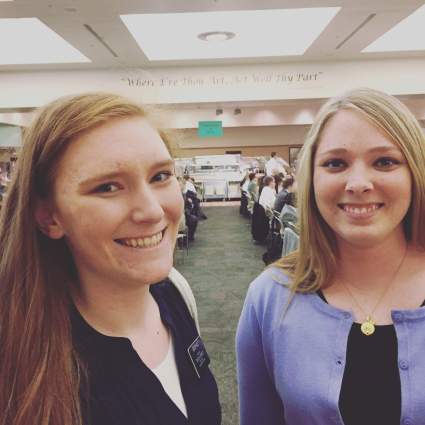 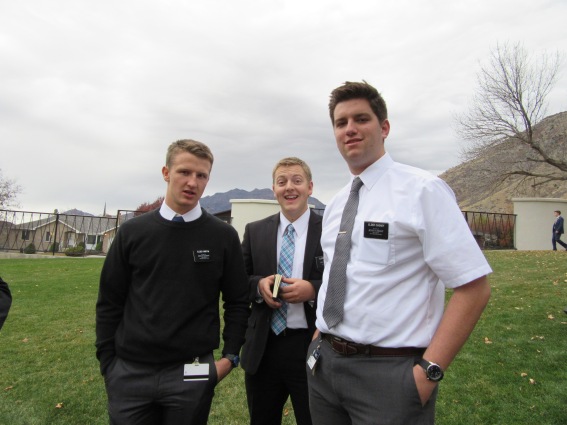 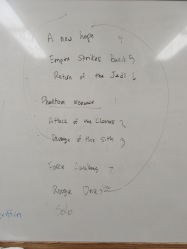 Life is not just about scriptural conversations; on Sunday she tells us:

We had a chance to grow closer as a district on Sunday as well as we discussed the chronology of star wars. I love them all so much!

It’s moments like this that make a father truly proud!

In studying the Gospel there are many opportunities for personal study, and then classes and devotionals to attend. This week she explains that Sunday was amazing, I think it might turn out to be my favourite day of the week here at the MTC. In relief society we watched a truly inspiring video “Do you believe? A silent interview with christ” I’d encourage you all to watch it.

We have a movie night of sorts every Sunday and we watched a Character of Christ by David a Bednar- it was amazing!

With it being Thanksgiving week one of the devotionals was given by Elder Neil L. Andersen of the Quorum of the Twelve Apostles. My favourite message was “even your afflictions can be blessings if you allow them to be”.

Soeur Holt’s personal study has focused on lots of different areas but it’s nice to hear of her increasing closeness to the scriptures:

I kicked off Monday with personal study on the Restoration. My favourite scripture was Amos 8:11-12 which talked about a famine for the hearing of the words of the Lord. I think it just solidified my testimony in the restoration as it was prophesied.

On another morning I learnt about the Book of Mormon for Hospice, “our loving Heavenly Father provided this book to dispel doubt, disbelief and misinformation” I’d never thought about it like that. I also studied Daddy’s commentary of Abinadi and Alma’s dialogue (you’re a genius Daddy!!).

One of the questions we are asked the most is about how Eleanor is coping with learning French. Church services are in French. On arrival she was thrown a little bit in the deep end, after two days she reported: We only had one lesson in French yesterday as we prepared to teach our first investigator in French this evening. This investigator is a member to whom Soeurs Holt and Redfearn are practicing their teaching. She highlights some other experiences with this young man called Hospice. We could use our study time to prepare for our second lesson with Hospice our FRENCH investigator. I think I can understand most of what he says; the problem is forming an answer, but I’m still persevering!. In our next lesson we memorised Moroni 7:33 in French I love that scripture. that evening we actually had our first French lesson with Sister Fitch who served in Mauritius for her mission. In their last lesson with Hospice on Friday we asked him if he would be baptised and he said Yes!!! I definitely felt the spirit in that lesson and I thought my French was much better because of it. 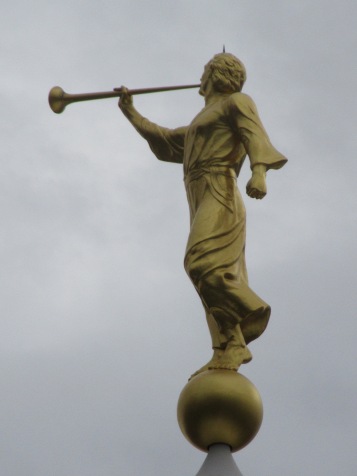 There is also an opportunity for some time outside of the classroom. She has been to the Provo Temple a couple of times and done some yoga!!!! The gym at the MTC runs a sisters fitness class every morning at 6 so we went to that and it was Yoga. Ask Miss Shellie (my old dancing teacher) this girl isn’t flexible!! But it was fun and relaxing anyway. Eleanor also had the opportunity to meet John Clayton, one of our old ward members from before she was born; Sister Flynn who used to attend Church in Hyde with us and was in her class, and also Hillary Hansen who will be joining her as a missionary in Barbados in a few weeks. 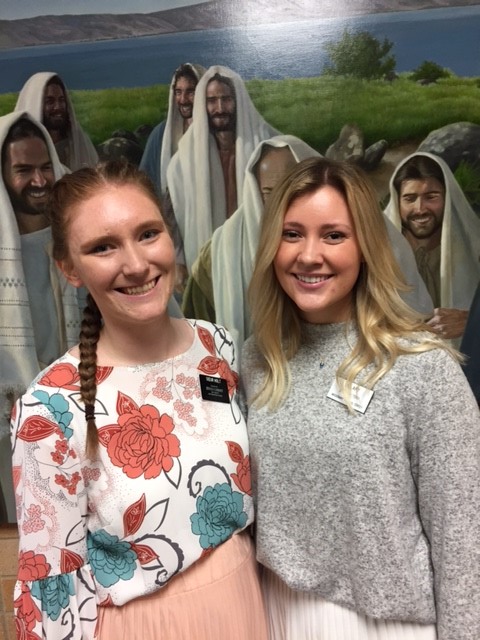 Thanksgiving was a different kind of day:

Lunch was actually really tasty turkey dinner with all the trimmings, including my first pumpkin pie which had loads of amazing cinnamon in it. We then embarked on a massive humanitarian aid project putting together 359,000 lentil casserole packets for the charity feed the world. We were allowed to watch Ephriam’s Rescue as a special treat; it’s a church film about the pioneers which was really inspiring except for the American actors horrific Lancashire accents. Finally we had a cultural devotional where different groups and individuals performed, they were all so talented. After that we got to go out and look at the Christmas lights; they are so beautiful.

Eleanor is grateful for all those who have contacted her:

This week has gone so fast and just a massive shout out to everyone who has emailed me this week, I have loved every time I logged onto a computer seeing multiple emails from so many people, I feel so loved!! Special thanks to the Wollastons who sent me a large amount of daylight doughnuts welcoming me to America and also to Aunty Becky, Uncle James and Scarlett for the huge surprise of an amazing package of the most beautiful cupcakes. There was one peanut butter cup one and I just couldn’t help myself I ate it straight away!! 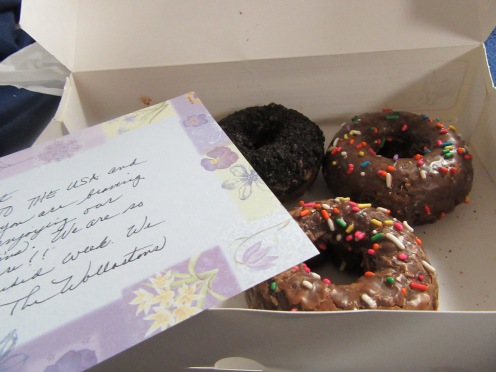 We’ll leave the last words to Eleanor: Thank you again for all your love and support, I love and miss you all!! ❤